Below is information about the Garnet gemstone. 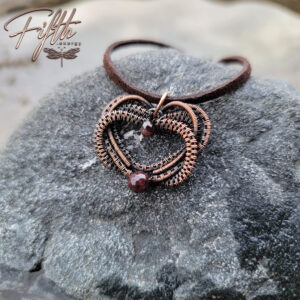 Garnet gemstone can be found in almost any color but red is the most popular. The name is derived from the Latin word Granatum, which means pomegranate seeds. The pomegranate was associated with eternal love and given as a gift of passion in Greek mythology. The Vikings and Anglo-Saxons used them in jewelry and sword fittings as they believed it improved their fighting. In the middle ages Royals would drop garnet into their wine as they believed to protect against poison. European Folktales have garnet worn as necklaces to guard against vampires. In Victorian times Garnet worn as jewelry symbolized fidelity in love.

Garnets are found in igneous and metamorphic rocks. They form under extremely high temperatures and pressure. Garnet deposits are found in Africa, India, Russia, South America, Madagascar, Pakistan and the United States.